POW! [Power Our World] Future Salon – Movies that Move Us (to action?) & Make a Difference!

Yeah, just what you need another Zoom call :-) We promise this is different. Bring your favorite beverage and snack, relax and share impactful movies that moved you, maybe even to change your life in a positive way, which is a high bar.

Tonight extra special as my cohost Zan Gill has invited the Dennis Britton, and he is going to share an impactful 8 minutes long short film tonight. I have not seen it yet, and am really excited about this evening. [I got some details wrong in the video, my apology].

I will open up with a song that was composed in 1679 when Vienna was in the grips of the Black Plague and it really uplifted them. A story of survival.

Here is the flow:

See you this Thursday, October 8th @ 6pm (a flexible “Baker’s Hour”) to watch/ discuss trailers of your favorite impactful movies. 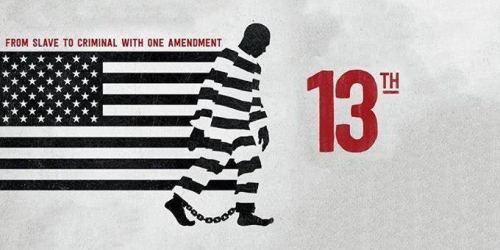 I would like to invite the Future Salon community to an experimental POW! Network* event this Sunday 26th of July at 6 pm. Here is the framework:

The goal is to go beyond just being informed about a situation, but produce a collective impact together. Will we come up and agree on a joint action? We don't know yet, but it is worth a try. Please join us for this experiment. This Sunday at 6 pm we will watch the 13th documentary film, which some call the most influential and timely movie of the year. https://youtu.be/krfcq5pF8u8 Please have the Netflix Party chrome extension installed. Yes, it currently only works with Chrome.

Once you installed the extension, an NP shows up next to the right of the URL bar in your browser. It is usually greyed out may be hidden in a dropdown menu. It lights up red once you are on Netflix. On Sunday we will share our Netflix Party URL with you. Unfortunately, you need to be a Netflix subscriber to be able to participate. *POW!(Power Our World) Network is an initiative spearheaded by Zann Gill & team which I am part of. It is tracking and influencing the impact of great films committed to the environment and social justice.

Will We drive more once we have Robocars?

As I wrote before I can't wait to have my car drive me where I want to go. What a relief that will be. --- Thinking about it, it may be too much relief. Once the drudgery of long distance driving is taken out of the equation, I am happy to drive even further.

Birthday party by my buddy in Seattle this Saturday? No problem. Friday night hop in my robocar and arrive Saturday morning relative well rested, can even help him with the preperations, party all night, hang out on Sunday and drive back through the night again. Perfect.

Similar with commuting. Everyone having a car enabled the urban sprawl, created Suburbia. Robocars will make it possible to live even further away from your place of work.

We better step on the gas pedal regarding renewable energy.

It is going to be an interesting discussion at the Transportation Future Salon on Friday the 16th of January 2009.
Picture taken by storem.

Doug Engelbart's Mother of all Demos was 40 years ago

StudioSF has posted a long list of events commemorating the 40th Anniversary of Doug Engelbart's Mother of all Demos (video).

I remember falling off my chair year's ago when I realized what Doug Engelbert had done at the end of the 60s. Let's not forget regarding computers this was punch card time. What he demoed in short: Monitor interface (almost graphical), mouse (the thing that most people associate him with), file concept, remote collaboration, video conference, done wireless between SRI and Fort Mason using trucks parked on Skyline Boulevard I was told.

You may ask yourself, how was it possible that one man heading a team of engineers was able to make a quantum leap of development. (If ever there was a quantum leap, this was it)

Check out the Collective IQ Future Salon video for his story.

Early on in his life he came to the following powerful goals: Let me design a professional goal which will maximize the contribution my career can have to mankind!

Weeks later his lifetime goal emerged: As much as possible, to boost mankind's collective capability for coping with complex, urgent problems.

One other great Doug quote: The better we get at getting better, the faster we will get better.

Still he is very humble. When he was asked by a journalist if he doesn't feel great that his inventions are used by so many people all over the world, he replied: "Not if I think about where we could be."

At his 80th birthday he told his guests, that he feels like a failure because he was not able to finish his original vision of creating a Collective IQ for humankind.

Therefore check out the festivities and go to as many as you can.

I especially like December 9th's morning program as it is a call to action to organize ourselves to move forward to harness the collective intelligence of our community. As I think the pieces are in place, let's work on putting them together and improving them.  (Unfortunately it looks like I will be on vacation that day :-( )

Posted by Finnern on November 12, 2008 in Events | Permalink

Bottom Up Security at the Future Salon (stream info)

Open Source Sensing Future Salon with Christine Peterson in a couple of hours. Let's find a better way than "Bomb bomb Iran" to secure ourselves and others. Top down security somehow seems to make us less safe by the minute, let's talk about alternatives via open source sensing from the bottom up.

Come join us tonight in person at SAP Labs in Palo Alto or via Ustream.tv: http://www.ustream.tv/channel/future-salon. See you all there.

Looks like we found a more reliable home for the streaming of our Future Salons: Ustream.tv. After years of taping and some ending up on the Internet Archive, we have started to share our tapes on Google Video too. Live Broadcasting by Ustream

Nothing beats to be life at the Future Salon in Palo Alto. Second best is via the Internet with chat session, that is was Ustream.tv with http://www.ustream.tv/channel/future-salon is providing us. Join us this Thursday the 21st of August for Open Source Learning Future Salon with John Taylor Gatto.

I am so psyched about this Thursday's Open Source Learning Future Salon. If you check out the following video interviews with our speaker John Taylor Gatto, you may be too. That we are able to access this kind of information with a simple search and a broadband connection just blows my mind. Just another search away and you can enjoy Olga Korbut's Uneven Bar exercise from 1972, but I digress ;-).

All of John's 19 lectures are located at edflix (Educational Video Downloads) site. They are part of World Prosperity Ltd. who's mission is to determine how to make social systems such as education, healthcare, government, and families work more effectively. They do this by examining basic, underlying causes and their solutions. Current project is to teach others how to make educational movies easily and cheaply. They are coordinating the free distribution of these movies and be a central resource for locating them. This will support K-12, university, and postgraduate education. I am wondering whether that should all go into the Wikiversity.

John Taylor Gatto just finished his latest book: Weapons of Mass Instruction, which is unfortunately not yet available. He will talk about Open Source Learning. Looking like edflix is one of the sources to it.

Most focus of raising a child today is put on education and schooling in particular. The big shift in schooling lately has been towards standardized testing and teaching towards these tests.

John makes a convincing case, that this is exactly the wrong direction. He thinks, and has a lifetime of teaching as proof , that institutionalized schooling is the wrong approach, is actually dumbing us down. With this opinion he is rattling one of the foundation of our society. It is going to be very interesting this Thursday.

John Taylor Gatto: School is a liar’s world. Let us be done with it.

Got an email yesterday with the following question regarding our Open Source Learning Future Salon:

Mark, thanks for putting on a great lecture series. I got a lot out of Jamais Cascio's seminar. The description of Gatto's presentation sounds like a diatribe against our current education system, which we all agree could be improved. Does he has any positive suggestions? The talk as described sounds like a bummer.

I asked John about any positive suggestions to our education problem and here is his responds: An article he wrote a couple of years ago. Once you read it, you may understand why I am so looking forward to our Open Source Learning Future Salon on the 21st of August. RSVP: http://snurl.com/32ggk

Compulsion-schooling tries to shoehorn every style, culture, and personality into one ugly boot that fits nobody.

Admit there is no one right to grow up successfully.
One-system schooling has-had a century and a half to prove itself. It is a ghastly failure, Children need the widest possible range of roads in order to find the right one to accommodate themselves. The premise upon which mass compulsion schooling is based is dead wrong. It tries to shoehorn every style, culture, and personality into one ugly boot that fits nobody. 1fax credits, vouchers, and other more sophisticated means the necessary to encourage a diverse mix of different school logics of growing up. Only sharp competition can reform the present mess; this needs to be an overriding goal of public policy. Neither national nor state government oversight is necessary to make a voucher/tax credit plan work:
a modicum of local control, a disclosure law with teeth, and a policy of client satisfaction or else is all the citizen protection heeded. It works for supermarkets and doctors. It will work for schools, too, without national testing.

Continue reading "John Taylor Gatto: School is a liar’s world. Let us be done with it." » 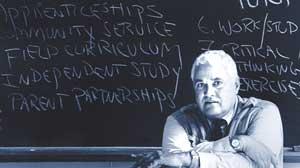