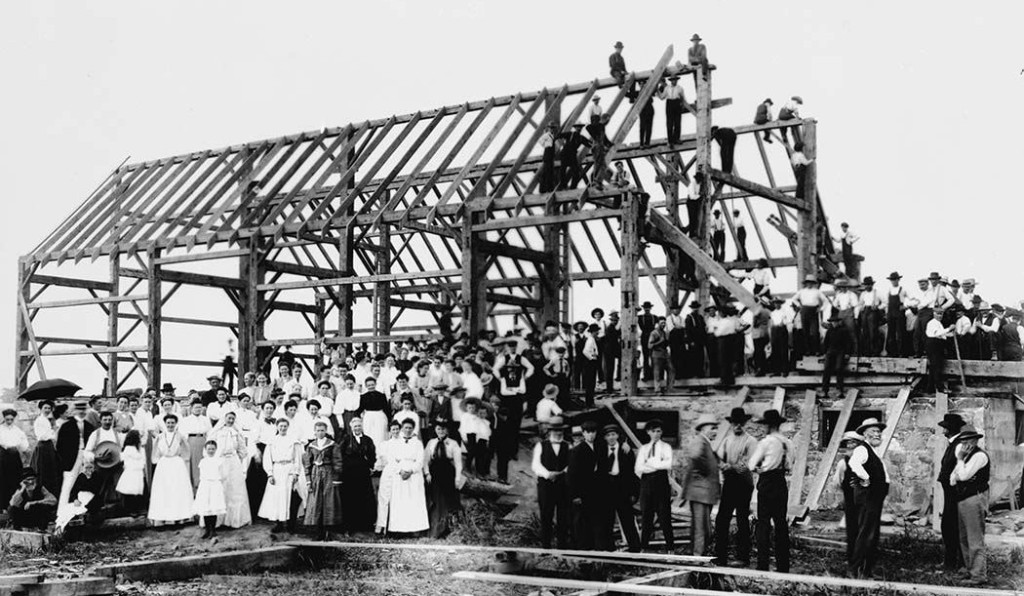 Since the election there is a lot of soul searching going on about what went wrong and what can be done to get back on track. The two camps are drifting further and further apart. Red states and blue states seem less and less to get along. But we have so much in common: Love of our families, our country, our friends, music, and to make this country a better place for our children.

Sister City Barn Raising is an idea, that is not fully formed yet, but would be a very cool way to have joint experiences and celebrate our common ground. After the second world war, one of the ways the countries overcome their hatred for each other was by building partnerships between cities.

Twin Towns or Sister Cities, as they are known in the US, were formed and cultural and economic exchanges were formed. One famous one is Dresden who was bombed to ashes by the allied forces as retaliation to the Germans bombing of Coventry. In 1959 they formed a peace and reconciliation city friendship. I grew up in Schramberg, a small town in Germany.

One of the most memorable events of my youth was a trip to Whitby in York. Together with our amazing teacher Raviol we organized that trip in 11th grade. We stayed for a week with families that had kids our age. Of course, we played them our music: Falco Der Kommissar and to this day we laugh about their reaction: “Where is your Kate Bush? She is rubbish, but much better than this.”

To live for a week among the Brits really opened my eyes to the larger world and made me understand them better.    How about we organize such kind of exchanges between predominant republican cities and more liberal cities and towns. How about a week-long high school student exchange?

Last week at the Social Innovation Summit they had an excellent breakout about Maker Cities moderated by Peter Hirshberg with panelists Sherry Huss, Mark Muro, and Kate Sofis. Listening to that panel it clicked.

The Sister City exchanges should not only be to follow the twin town kids in school and visiting local tourist attractions, but it should be like a barn raising. The community of the two cities coming together around a common goal that helps the whole community.

Here is how it could look work: at the beginning of the year, the students collaborate with the Sister City school and agree which barn they want to raise aka which problems they want to tackle during the week that they are together in either city. One possible project could be funding and building a Makerspace at their school.

Throughout the year the students prepare for that week of working together so that they can hit the ground running once they meet. At the end of that week, there is going to be a big barn-raising party to celebrate all the things that have been accomplished. Some of the students may choose to make music together or develop their own theater piece to be performed during the celebration.

As I said in the beginning, Sister City Barnraising is an idea that could be implemented in all kinds of ways. Joined summer camps, festivals, economic collaboration, … <insert your idea here>. Greater understanding and hopefully friendships will form from these joint experience together. Cultural and economic ties will be strengthened, a win win for everyone involved. P.S. In part this post is inspired by Doc Searls posting about Barn Raising for civilization.