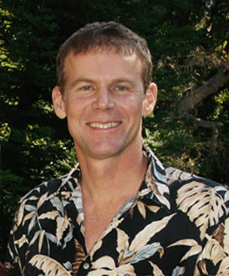 Update: Here are the videos from the great event.

For many of you Future Salon regulars John Smart doesn't need an introduction. The Bay Area Future Salon is modeled after John's LA Futurists meetings that he was hosting for many years. Actually he came up from L.A. to kick off the first Future Salon and helped populate it with many of his connections.

Lately he had his head down writing his book. This is why I am extra happy that he takes a brake to introduce his current big picture thinking at our next Future Salon on Friday the 17th of April. (6-7 networking 7-9pm talk/conversation). Free and open to the public please RSVP http://budurl.com/jcp7/d so we know how many people to expect.

P.S. Extra special treat: Iveta and John are having a Post-Talk Party at their place in Mountain View (216 Mountain View Ave) "from 9:30pm to Whenever" for any folks who want to hang out on couches after the Salon and get to know their fellow futurist friends on a more informal basis. We will have drinks and some snacks but people are always welcome to bring more if they would like.

Evo Devo Universe? A Framework for Thinking About the Future

Abstract: Biological systems evolve, and they also develop. These two processes are very different, but they are both necessary for life and intelligence to exist. While evolution (“evo”) is famously unpredictable, many aspects of development (“devo”) are quite predictable. For example, if you have a sense of what stage a developing system is at in its ‘replication’ cycle (birth, growth, reproduction, aging, or recycling), you have a pretty good idea what stage is coming next. Organic molecules also evolve and replicate/develop. So do stars, and their dependent planets. In fact, that’s how our own life-generating solar system came to exist, through a long process of stellar “evolutionary development” (reproduction of progressively more chemically complex solar systems) in our galaxy. Ideas or ‘memes,’ which replicate between human brains, also evolve and develop. So do technologies, which replicate in cultures. There is some evidence that even our universe itself may replicate, evolve, and develop, according to some of the new cosmologists.

So what? What does it mean to speak of a universe that appears to have both evolutionary and developmental purpose (function, or ‘telos’) built into it at every level we observe?.What role does humanity play in a universe where things both evolve and develop? How would you tell the difference between these two processes, in your own life? Why is it important to try? What might an “evo devo” universe tell us about the phenomenon of accelerating biological, cultural, and now technological change? What might it say about the future of human-machine interactions in a world of frail and limited biology and powerful, accelerating technology? Finally, if it turns out that we must evolve tomorrow’s most useful computers, not just try to rationally design/develop them, how can we ensure that they will be friendly to humanity? We’ll kick around some of these questions because its fun and because we can.

Are you a reader? Here’s a 40 page article exploring my take on these fascinating philosophical ideas. The last 20 pages are the really weird stuff, feel free to go straight to those if short on time. http://accelerating.org/downloads/SmartEvoDevoUniv2008.pdf

Interested in joining a scholarly community researching and critiquing hypotheses of evolutionary and developmental process at the universal scale? Check out: http://evodevouniverse.com/

John Smart is an evolutionary developmental systems theorist who studies science and technological culture with an emphasis on accelerating change, computational autonomy (human-independent machine learning) and technology foresight. He directs the Acceleration Studies Foundation (ASF, Accelerating.org) a nonprofit research organization that seeks to help individuals better understand and manage accelerating technological change and improve personal and collective foresight. He is an affiliate of the ECCO research group at VUB, a visiting professor at the University of Advancing Technology, and a co-founder of the Evo Devo Universe research community (Evodevouniverse.com).

John has a BS in business from UC Berkeley, has done graduate work in physiology and medicine at UC San Diego, and post baccalaureate coursework in biological, cognitive, computer and physical sciences at UCLA, UC Berkeley, and UCSD. He studied systems theory at UCSD under the mentorship of James Grier Miller (Living Systems, 1978), who mentored under process philosopher Alfred North Whitehead. Most recently he has an MS in Futures Studies from the University of Houston in 2007.

SAP Labs North America, Building D, Room Southern Cross or Cafeteria depending on number of RSVPs. SAP is located at 3410 Hillview Avenue, Palo Alto, CA 94304[map]. Free and open to the public. Please spread the word and invite others, but be sure to RSVP http://budurl.com/jcp7 so we know how many people to expect.