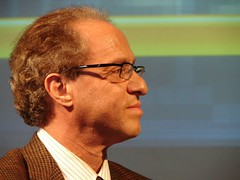 Listening to Ray Kurzweil at the AC2005 conference over a week ago was reminding me about the power of accelerating change. If you follow his argument the pace of change is not linear, it is itself accelerating. In the coming decade the rate of change will be about 10 times greater than it was in the last 10 years. Weren't they quite breathtaking already?

Change especially rapid change brings a great deal of uncertainty with it and we humans don't like uncertainty. We often rather stay put even if we are in misery, at least it is a known misery.

We already have a tough time to keep up with what is going on right now and right here. How on (this) earth are we going to cope with even more even accelerating change?

All that change and uncertainty is leading to growing anxiety. Sanjay Khanna will make the case at the next Future Salon that a new Age of Anxiety is upon us. We will discuss ways to cope with it and how to see change as a chance for a better future for all of us.

More on Long-Term Thinking, from the Dyson Clan

Stewart Brand just sent out a heads-up on the next Long Now Seminar:

The next Seminar About Long-term Thinking, on Oct. 5, will be unusual in important ways. The main difference is that making a phone or email reservation is the best way to ensure getting a seat. The problem is a very attractive event in a very restricted venue. The Fort Mason Conference Center only seats 310, but many more than that may want to see Freeman Dyson, Esther Dyson, and George Dyson together for the first time on a public stage, discussing "The Difficulty of Looking Far Ahead." So:

To ensure a seat for the Wednesday Oct. 5 talk at Fort Mason Conference Center, you'll need to call or email Simone Davalos at Long Now--- 415-561-6582; simone@longnow.org--- and leave your name. At the event we'll try to find seats for standbys, and there's a not-too-bad option of standing room outside the windows.

I've added a sub-section to the Salon ride-sharing board for SALT as well, so please check it if you plan to attend and would be interested in carpooling.

Katrina: A Failure of Timeframes

Back in 2001 or so, I had some interesting conversations with John Smart about "what is a life form"? He said a life form is anything that dissipates energy to maintain its internal structure, for example how our bodies burn energy from food to maintain the structure of the cells and DNA and so on. By this definition, a hurricane is a life form. Maybe it is fitting, then, that we give them names?

Here are some photos of our short-lived, swirling, well, I can't call them "friends" -- maybe "enemies" would be a better word -- that have been making headlines recently: Katrina and Rita.

You can see that Rita is a smaller storm, although it is still quite big. Both photos were taken by the same satellite (NASA's Terra satellite) at the same resolution.

At the Long Now Foundation, Danny Hillis started a project to build a clock that would last 10,000 Years, to encourage long-term thinking. The disastrous aftermath of Hurricane Katrina is mostly due to failure of long-term thinking. The lack of preparedness is simply a matter that the last time a hurricane of this magnitude hit New Orleans (hurricanes Camille and Betsy) was 30 years ago. That's too long for human memory. The scientists who studied the numbers knew of the risk all along, as demonstrated by, for example, the Scientific American article, Drowning New Orleans, published before the storm.

Why Gamers Will Save the World 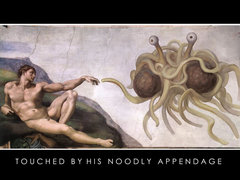 Cory Ondrejka, Linden Lab (Creators of Second Life), Why Gamers Will Save the World

Synopsis: "Games will save the world by teaching the majority of people how to critically filter the increasing information they are exposed to." Gamers are critical-thinking goal-oriented people. Games are learning environments. The Yahoo Senior Director of Engineering Operations is founder of the World of Warcraft guild The Azure Blades (this was actually on their resume). Being a guild leader requires coordinating 100's of people all around the world, working toward common goals, balancing player needs and politics all while trying to win the game. Public Diplomacy and Virtual Worlds project at USC is looking at MMOG games as a method for acquiring public diplomacy skills.

Continue reading "Why Gamers Will Save the World" » 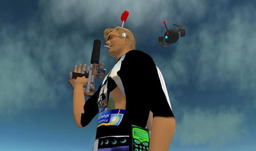 Synopsis: Jerry covers a lot of ground in a short time. He discusses the protypical user-constructed universe of Second Life.  For instance, industrial designer, Caven Concord, trys his ideas out in his virtual workshop in Second Life. He can then choose to 3D print his prototypes into "real life" manufacture later. Jerry also touches upon the annotating the real-world planet as well in the second half. What he calls Earth 2.0, the taggable, searchable, skinnable planet via GPS-aware phones, Google Earth, Google Maps and more.

Progress in Search: A Conversational User Interface (CUI) by 2015?

Synopsis: Kaplan says we're at the level where where it's like talking to a one-year-old today. What's desired is something more akin to conversing with "an  intelligent research assistant." He adds, "It's not just about search. How do we interact with the world of ubiquitous computing [talking to remotes, your fridge, your car, sensors of all kinds, etc]? They'll be useful to extent we can have natural conversations." His prediction: "We'll be at 8-year-old level in 2010. In the [classic] hockeystick curve, I'm going to claim we're at the inflection point."

Marti Hearst claims that a well thought out user interface itself can help guide people and speaks about the role of inference: "What will people want to do next based on other people who had same question?" She's even more optimistic: "Shouldn't online travel agencies be more like a travel agent? Maybe we'll be there in about 4 years. And a pretty good desktop assistant? I'd say 5 years because there is a lot of government research in this area."

Joe Williams Sr. seems to have found the solution for a couple of our problems:

His product, he said, produces a more complete burn, greatly increasing efficiency and reducing fuel consumption by 10 to 40 per cent - and pollutants by up to 100 per cent. ...

The H2N-Gen increases burn efficiency to at least 97 per cent, Williams said. This saves fuel and greatly reduces emissions. ...

"We're marketing a 20-pound unit for $7,500," Williams predicted. "That's the maximum price that it will be. The average truck out there today will get their money back in eight months at the latest. CN (Canadian National) spends $11 billion a year on fuel and we can save them minimum a guarantee of 10 per cent, $1.1 billion a year."

Please hurry up, we all can use less emissions and better efficiency.

Synopsis: Joi evangelizes for the power inherent in an open network - open as in not closed to participation and competition. He sees a divide between an old guard and his twist on the "Creative Class". The creative class scrambles to find business models and opportunities in behavioral shifts, trends, technologies rather than fighting change and preserving the status quo. He cites examples of Chinese and Japanese artists making a living by giving some of their product away. And he ends with the rise of the amateur revolution (amateur is a French meaning one that is motivated to do by passion): "Good amateurs are better than crappy professionals."

Synopsis: Informal Q&A style on the implications of reputation, privacy, anonymity, and governance of the Internet. Dyson also adds her international perspective several times. Talking about her recent trip to Africa: "If you don't eat then all this [technical] stuff is irrelevant. Eroding power of authority is secondary - after you are surviving. I think Internet as an economic tool is more important in those countries. She ends the talk with this food-for-thought:

"I don't want a [master] list from government of credible people. Give people power to do things, not to power over other people."

Annotating the Planet and Google Maps

Jon Udell, lead analyst at Infoworld, spoke on Annotating the Planet. He tells stories as he speaks so it was hard to capture all the nuances of his talk because I found myself listening more than typing notes!

Synopsis: With services such as Google Maps, the physical world becomes a canvas. He gives varied examples of Gmaps applications and muses about the location-aware future and how memory is tied intimately to place. He contrasts Amazon's A9 use of professional photographers to provide images of city and town block views with where the future is going: the do-it-yourself creation, annotating, tagging collective. "We're turning the world into a wiki -- if it's wrong, go log in and correct it yourself."