As I wrote before I am invited to speak to 13 year old students at the National Youth Leadership Forum next Thursday the 30th of June.

I have 1.5 hours and there should be an interactive part. I came up with this Good To Know group blog with links to things that hopefully help while growing up. (Aren't we all still?)

The interactive part comes in by giving them author rights and let them post their own Good To Know stories.

After all I am three times as old as they are and what do I know what is good to know for them. I just post what I would have liked to know earlier.

Ideal would be if this blog would also function as a focal point for them to stay connected to each other after the days spent together here in the Bay Area.

Please add one good idea as a comment to this post of the Good To Know blog the students will be thankful.

Future Salon Speaker Mike Chorost has finished his book Rebuilt and is talking in the Bay Area a couple of times. (See further down.)

I really enjoyed his Future Salon talk and you can watch the replay at the Internet Archive.

I am half way through Rebuilt. It is a very personal account of what it means to loose your hearing and get it back although not perfectly through technology.

After reading the fiction book Perfume from Suesskind, one of my all time favorites, you experience the world differently, you are more aware of the smells of the world and how your body reacts to them.

Rebuilt is very similar, you get a new appreciation for hearing, sounds and communication in all of its forms.

If you've been dying for a chance to ask Dan Gillmor how he likes being his own boss so far, this Sunday night's Berkeley Cybersalon will provide a fun opportunity. He'll be joined by Berkeley Daily Planet publisher/editor Becky O’Malley and Beast Blog founder Peter Merholz for a panel discussion of "grassroots journalism". This month's Cybersalon is also serving as Supernova's traditional pre-event dinner, so turnout is likely to be very high. RSVP to whoisylvia AT aol.com before they run out of space.

A nice surprise today was how many students from San Jose State University were present for the Future Salon.

I couldn't quite put the finger on why, until I remembered that I gave Rachel Beth Egenhoefer an interview for their Switch Journal detailing our motivation for doing the Salons.

I hope they enjoyed today's Salon as much as I did from the far.

I created a couple of screen shots while watching/listening to today's Future Salon. You can find them on flickr taged with futuresalon.

He is just talking about a very interesting thought, that the stories that we tell ourselves are outdated because of this technology change happening in all these areas. We have to work on new ones. He stresses that human dignity has to be a mayor part of these new stories. Don't leave that field of creating stories that include human dignity to the fundamentalists.

Great question from a very smart woman :-) "If we make ourselves perfect, will we loose our soul?"

Q: Why did you write the book? A:Over the years Joel followed his confusion. Things that just didn't make sense. In the 90s he was confused by the Internet claimed to be the biggest thing since the invention of the printing press or taming of fire. If that is true, where is the social upheaval that come along with these megachanges? May be these upheavels come with a time lack, so we may be in for some surprises in the coming years. 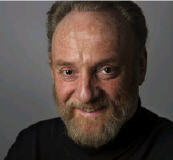 I am a bit bummed that I can't be in person at this Thursday's Futures Salon because Joel Garreau's book: Radical Evolution: The Promise and Peril of Enhancing Our Minds, Our Bodies—And What It Means To Be Human sounds really interesting.

But only a bit bummed, because I may be able to be part of the fun by tuning into the Webcast at this address:

and ask questions on the chat:
Server: irc.freenode.net
Channel: #futuresalon

If only there was a trick for cheating the time difference of 9 hours. It will be 4 in the morning in central Europe. Reminds me of getting up in the middle of the night to see Ali box Joe Frazier (Ali Bumbaye :-)

Kevin Keck and Mark Lenhart will be the hosts of the Future Salon. Treat them as kind as you do me every time. It is going to be a full house. Please RSVP: http://tinyurl.com/7krpl if you have not done so.

As always free and open to the public.

I am very pleased to announce that next Thursday, June 16, we will be hosting Joel Garreau, a senior writer for the Washington Post and author of a trio of remarkable books, the latest of which is Radical Evolution: The Promise and Peril of Enhancing Our Minds, Our Bodies—And What It Means To Be Human.  Regular attendees of the Future Salon will already be familiar with most of the emerging scientific and technological advances, and attendant debates, described in Radical Evolution.  But Mr. Garreau is  much more than a mere popularizer of significant developments on the frontiers—he is also an exceptionally astute analyst of cultural trends whose previous works, Nine Nations of North America and Edge City—Life on the New Frontier, are often compared favorably with that of Jane Jacobs.  Edge City has been nominated for a Pulitzer three times, and he has been admitted to GBN's exclusive "remarkable people" network.

Our friends at World Changing recently published a joint interview with Mr. Garreau, local author Ramez Naam, and Dr. James Hughes, director of the World Transhumanist Association, which I recommend highly: Human Changing. Join us next Thursday for a chance to pose your own questions, and hear those posed by your fellow Future Saloners.