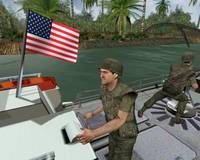 Posted by Jerry Paffendorf on September 28, 2004 in Politics | Permalink