Calmness before the Storm 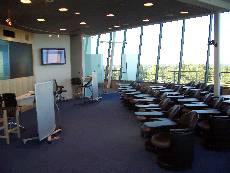 I set up early today. Everything is ready for David Sifry and everyone else who is interested in the future, great new thoughts, good discussions and laughter.

Don't sit on the fence whether to come or not, swing over here, it is going to be great and you a part of it.

We are on! Tomorrow David Sifry Technorati Hacks

Sorry for the late notice. Yes, we are on and I am so looking forward to see David Sifry founder and CEO of Technorati present his latest Hacks and his look into the christal ball regarding the future of Weblogs and RSS aggregation. Join us tomorrow Friday 19th 7pm [more details].

Example what you can do at Technorati: Check out the link cosmos of the Future Salon.

Don't forget your Wifi enabled laptop/PDA for some fun things that we may do during the Salon.

April's going to be a fun month. In addition to the commonwealth club event that Evelyn mentioned below (technically on March 31, but that's really just the start of April) and in addition to Jaron Lanier speaking at the future salon, SDForum is getting into the wacky future act with a 4 part series on Nanotechnology, kicked off by Eric Drexler (founder of the Foresight Institute).

Evidence of an Externality

When worldchanging visited the future salon, I challenged them, fairly strongly. Quite honestly, I didn't think they presented any evidence that action was needed (more precisely, I thought they presented problems that were already being solved by market forces. And that they, themselves, were documenting the solutions, rather than describing things that needed government action). And when I asked why they thought action was necessary, they fell back on externalities, and they fell back on global warming.

The problem with global warming is that the evidence for it is tenuous at best. And the causal linkage, from "the globe is warming" to "it's our fault" is even weaker.

On the other hand, the biosphere in England is rapidly losing its diversity. The study is a bit scary-- it's very hard to read quotes like the following and not think "Oh Shit."

The study involved about 20,000 naturalists who inspected the entire British landscape to compile three atlases of native birds, butterflies and wild plants. The information they gathered on the presence or absence of more than 1,500 species in each 10-kilometre (six-mile) square of countryside they surveyed was compared directly with similar atlases compiled 20 or 40 years previously.

In the relatively short period between the past and present surveys, the scientists found a dramatic decline of all three major groups of wildlife, with one-third of all species studied disappearing from at least one part of the UK they had occupied 20 or 40 years ago. Jeremy Thomas, the leader of the study from the Centre for Ecology and Hydrology in Dorset, said the decline in butterflies was much worse than expected and far worse than that of birds or plants. "The results are appalling," he said. "In Britain 71 per cent of all butterfly species have declined in the last 20 years.

And, the leading cause of this is clearly human beings (loss of habitat and changes in the way the woodlands were managed).

Is the future a world without butterflies?

EDGE: ONE HALF A MANIFESTO

Great news, virtual reality pioneer, musician and deep thinker Jaron Lanier will present at the April Future Salon. Target date is Friday the 23rd, which is the 4th Friday of the month.

For an introduction to the topic of his talk read the ONE HALF A MANIFESTO. More details to come soon.

Last year in a very funny column Steve Gillmor tongue squarely placed in his cheek predicted that in 2006 Technorati will buy Google. You can check out why and whether there is a grain of truth in this prediction at the Future Salon this Friday, when the man who is the Tech in Technorati David Sifry himself will show how the future in the RSS aggregation world will shape up. It's the Future Salon, so we expect some future predictions, don't we?

At this year's Etech his Technorati Hacks presentation was one of the most interesting sessions. He introduced a new hack, a listing of the most talked about products in the blogsphere. The audience blogged about it right away and we could follow development of the link network on the screen.

IT Conversations does a sweet job of covering Live! The DARPA Grand Challenge. With lots of 80s music thrown in there. I requested Autobahn von Kraftwerk, but I guess Doug Kaye doesn't have that in his collection :-)

It was the next best thing to being at the starting line. Doug: "Team ESKO out of the gate, really fast, looking good. - Oh, it fell on the side." All teams didn't make it to the finish line. Red Team and SciAutonics II got to mile 7.

My disappointment of the day of course was the Berkeley Motorcycle Team apparently wobbled a couple of yards and fell. They were offered another chance to start again, but withdrew :-( Well, better get Dean Kamen on board for next year. John Smart and I were joking on the phone that we would create a jazzed up Segway for the competition next year.

For the ones that can't make the trip out to LV this weekend and like me don't own a television there is a web page promising live coverage of the Grand Challenge.

Live Tracking will show relative positions of the Challenge entrants, and requires a 7 MB download each time you use your browser to view the tracking. The Status Board provides a 30 second update of the status of each Challenge team. The Image Gallery will contain the most recent images from the Challenge, updated nightly through March 14.

But it does not sound like there is going to be live streaming :-(

We have had reports of printing little gadgets before, or even tissue for organ replacement, but whole houses? According to the New Scientist they are working on it: Robot builder could 'print' houses [Via John Robb]

"The principal was in the stands," explained Greg Larson, a Palos Verdes parent who's helping to supervise the team. "And it veered and headed right toward the principal before it hit a wall. It was like something out of Animal House."

I think the Berkeley team has the right approach. Lean mean motorcycle. If only they would get it stabilized, they would kick Hummer ass. Unfortunately they "admitted in their literature that the farthest their unmanned bike had traveled during testing was 150 feet."

May be next year. Some Future Friends will drive there especially from LA and San Diego. The Las Vegas Futurists have home court advantage anyhow. (Details to come soon on the mailing list.)